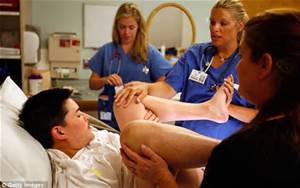 So if you are so helpless (not to mention hapless) when there is a little discomfort or pain, can you imagine if yall could get pregnant and have babies?! Stop the presses! The world would screech to a grinding halt as you could not do it. The population would dwindle until no more babies are being born as the whole experience would not be a time of renewal and happiness but instead frantic and frustrating with bloated men with distended stomachs running around like chickens with their heads cut off!

Let’s examine the early stages. This is where morning sickness comes in. Can you fathom men dealing with nausea and vomiting ( honestly I dunno why they call it ‘morning’ sickness as that feeling can last all day). Can you picture some of them eating just saltine crackers and sipping on tea as their stomach cannot accept much more? They would go ape shit crazy when they realise that burgers, ribs, fried chicken and curried goat would not be on the menu for a while.

Then you have mood swings. For me, some men already are moody as hell so pregnancy will certainly skyrocket that like a muthaf_____! Think of screaming, temper tantrums, the malice keeping, the pouting and ‘cut eye’. I would stay away as far as the East is from the West and then some!

So how do you like the swollen feet and huge belly that makes walking a chore and sitting or relaxing awkward and uncomfortable? It is all about the ‘belly shuffle’ when you waddle and flop around in the couch instead of actually just standing up straight right away when moving from point A to B. It would be so funny to watch, as men are not normally known for being graceful anyways, so doing it with a big baby bump would definitely be a Kodak moment.

Now let’s look at the phenomenon of stretch marks. Some men scorn women who have borne children and have been left with stretch marks but I can say with all the venom and wrath of the millions of women who have to live with these battle scars of motherhood, you can all go f**k yourself, without lube! How dare you think us less than because we chose to carry forth new life in this world! I wish men would get some stretch marks on their stomachs so that those six packs or beer kegs that you all love to show off would be forever buried under your shirt. How’d you love them apples?!

Finally the coup de tat…labour and delivery! Welcome to the world of intense pain with brief intervals of respite to just catch your breath. Hang on to your hospital bed as it is gonna be a duzie! I wanna see you guys squirm, climb the walls, bawl fi unnu mada, blame us for impregnating you and generally behave bad when pain lick unnu fi six!

Yes yall would descend into talking gibberish and simply just bawl, beg the doctor to put unnu out of your misery and tek it out cuz unnu private parts a split open and unnu caa tek the pain nuh more! I guarantee that an hour of hard, active labour will have the strongest of men throwing in the towel and bawling cree!

So fellas trust and believe that while you may be able to bench-press 300 pounds, change a tyre, fix a leaking pipe and karate a purse thief in the middle of Half Way Tree, we are definitely the stronger of the species because when it comes to human emotion, human suffering and pain, these three elements most men have a hard time coping with. We on the other hand, have that in the bag and we usually do it without complaining or whining.