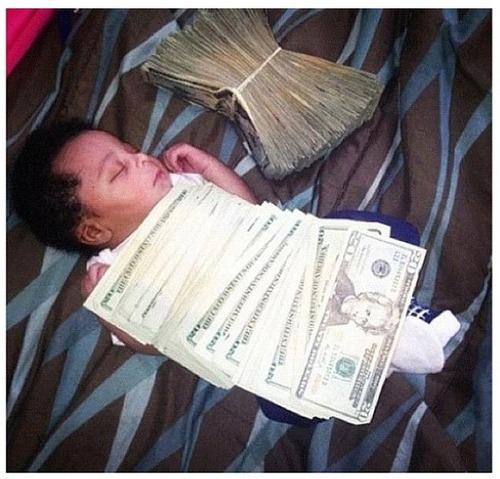 Ignorance meets ghetto fabulous with the following random Christian names that people actually take bus or drive to register their offspring with. Back in the day we could accept that it was the poor registered nurses who messed up the kids’ names but unfortunately this no longer holds true. It is the parents themselves who put these ‘beast of burdens’ on their own children for reasons I have yet to fathom.

The fact that they actually think they sound sensible or cute is disturbing to me. For a child to go through life, school and graduation and marriage ceremony with these names being called out or spelt is beyond crazy but then I am just one woman on a mission to shed some light on the random ratchetness that some black people seem to suffer from. Now don’t get me wrong, other races name their children some asinine stuff too, but we take it over the top.

The following are some dumb ass names in my humble opinion and yes it IS my opinion so who don’t agree or have a problem with my snide remarks, leave a comment or go get your own damn blog! You feel me?! Awwwwwrite *inna me Wally British voice!*

BloodMoon. Sound like some Native American tribal name that you give a boy after he hunted a bear or something.

Ikeima. Is this a knock off from Ikea? Was someone assembling furniture when they stopped to have sex?!

Bonanza. Smaddy parents love watch TVLand too much man. Either that or they are living in the past on some old classic western movies.

Olintheia. Ohhhhh I get it, their parents had money in Olint. Dem need to sue David Smith as he also gone with their common sense!

Ayoki. I honestly have no words.

Yorskiesha. What? What were they smoking?

Bronco. Like the one O.J. Simpson was driving? I’m just asking.

Nemuala. What the….. forget it.

Reignbeau (Rainbow). So the conventional spelling of ‘rainbow’ nuh good enough nuh more. Like seriously. Why people love to re-invent the wheel?!

Wrigleys. No matter how I ‘chew’ on this name, it nuh sound sensible!

Talulah. I never got this name. I just don’t.

Cactus. And everyday she sits in class, the name must ‘prick’ har bad!

Eronica. Huh? Is this just some ratchet ass people trying to be different. Well it works…different and stupid! KMT

Afternoon. As oppose to morning or evening right? sheesh

Lust. Why in heaven’s name would you do this to your child?

Syngen. Sounds like when smaddy waa sneeze and a try hold it in!

Knatalye (Natalie). Another person being ‘unusual’. A nuh everything you need fi do over!

Timpest. Were they actually going for ‘Tempest’ and just couldn’t spell it?

Arnolique. So…Arnold a your daddy name and then your mamma decide fi get cute.

Zamarine. …To rhyme with Tangerine?

Jukebox. Is this what the child was conceived on? Hmmmm

Paychence. Here we go again. The word is actually PATIENCE but dem dumb as rocks!

Patilla. Ehmmm…..I have no words. none

Alaska. Courtesy of Sarah Palin as she can stay in her backyard and see Russia.

Wabieta. This is why you should not season your weed. Smh

Bedivere . What the…Ok I give up

Kyrsqueka. Don’t think it can get any worse….but I maybe wrong.

Apocalypse! Like seriously. So your baby is a calamity?! Poor soul