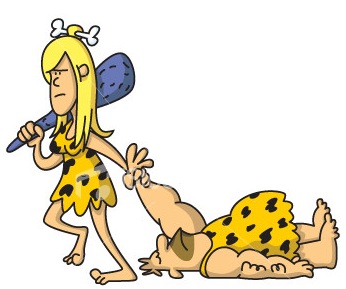 By now most people know that while I am married, I am still fiercely independent. Being married or in a relationship doesn’t mean that you have to lose yourself or your sense of identity. But tell that to some women.

To this day I am very disturbed by the number of women I know who are intent on becoming wives just because it is something they are programmed to strive for. They don’t wanna get married because they are in love, or because they have met the person they want to spend the rest of their lives with. No, they wanna get married because they have been brainwashed from they were little girls and told that when you become an adult female you must get married and that being married makes you better off than being single. Y’all seriously need to pump your brakes.

What is it about getting a man to propose and getting a ring that make some of us believe that all the problems in the world will just disappear?! Well ladies I am very sorry to tell you that you are sadly delusional because nothing can be further from the truth. If you do it just to be in a so-called elite group of women, you are wrong; if you do it just to get your ‘Mrs’ degree, you worse wrong and if you do it just to say that you have something to hold over the heads of your single friends, then you wussara wrong!

Not only were your intentions misconstrued and plain stupid, but nothing good can come of it. You have now shackled yourself to a man who probably will be like an additional child and you now have to take care of him and his needs and this may include washing his skid marked drawers! Eehmmmm…So do you still think you have it better than your single friends?

Don’t get me wrong, marriage can be a beautiful union but you have to want it for the right reasons. It’s not a bargaining chip or a means to an end. I can recall when I was much younger a good friend of mine got married and we went to the same church. After she came back from her honeymoon, we sat in the pew to try and catch up quickly before service started and the pastor’s wife called her over. That was no biggie, but then time went and church started and she hadn’t come back. When I looked back she was sitting beside the pastor’s wife and a bunch of other ‘fuddy duddies’. I called them that because they are so pious and self righteous that they literally suck any fun or enjoyment outta any event so I avoided them like the plague.

After church I asked her what was up with that. She then explained to me that the pastor‘s wife told her that she wasn’t to sit with me anymore because she was now married so she had to sit with the other married woman and she was also not to spend as much time with me as we no longer had anything in common! I was like seriously?! How dare she!! I was fit to be tied!

I find that many women get married for the wrong reasons. Yes the Bible say that there is an order in which to do stuff, like meet your partner, court, get counselling, get married and have babies and few are willing to have babies out of wedlock. I get that. Though Michael Manley said ‘no bastard nuh deh again’ we women still want a ring so that we can have all those little rug rats. And when we get to our late 20s and especially in our 30s, we get desperate and of all a sudden all the men we used to reject as unsuitable when we were young, we start looking at as marriage and daddy material because we think we hear out biological clock hammering in our ears.

I know women who are married and miserable. Me nuh mean a little unhappy, me mean miserable. The men are totally boorish and inconsiderate and they stupidly thought that adding children to the picture would make it better. Well guess what? It made it worse because the chauvinistic pigs are then quick to tell you that child rearing is women’s work so you know they are not gonna stay up when they are colicky, fussy etc and you can be damn sure they are not changing any diapers!

So my then obvious question is what purpose do they serve if they are not helping you? What you doing with them? Did you feel that you needed an additional child or mouth to feed and you can trust and believe they are still demanding sex, their dinners and a spotless house at the end of the day! Dem coulda brite! But then again men do what we allow them to get away with or as a man once said to me when I was 20: people can’t piss in your head if you don’t hold it down!

A lot of us women are simply afraid to go it alone. We don’t wanna admit that our choices were not that great to begin with and we don’t wanna be called ‘single mothers’ etc. Guess what? That is the least of your troubles. You would rather stay with men who don’t respect you and let your children see the level of bullshit and direspect you put up with daily and have them think that it is ok. Strike out on your own and raise your children in an healthy environment! Yall need to dash wey dat Kool Aid you sipping on.

Why are we so afraid to be alone? What is so wrong with being alone? That fear makes us cling like vines to people who do not have our best interest at heart at times. Ladies we have to grow up and put our big girls’ panties on and realise that we need to love ourselves enough to want more than a bed mate out of life. Learn also that alone does not mean that you are lonely. There are two distinct things. Nothing is wrong with being alone. Learn to falling love with yourselves again and life can get good.

Like Karen White sang and this is my mantra: I’d rather be alone than be unhappy. You feel me?!