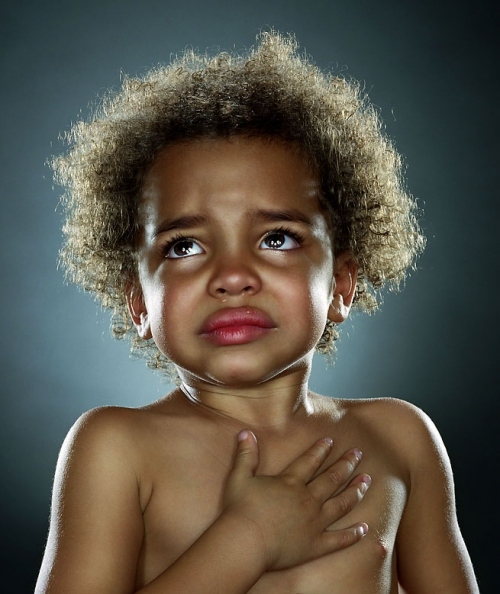 Stacey was only seven when her uncle decided that she was old enough to play the adult version of ‘mamma and pappa’ that required both of them being naked under the sheets when her mother went to prayer meetings several times a week. Coerced into remaining silent the ‘games’ continued for five years, progressing from simple touching to full penetration on her twelfth birthday as he said she was now “old enough to bleed, old enough to breed.”

Stacey’s story is all too common in a society that looks the other way when they see inappropriate behaviour between older men with young girls, as they either say it is not their business; the girls are ‘force ripe’ or are hustling to support their families. None of the above statements however makes what is happening legal, ethical or acceptable. ‘Victim blaming’ (or shaming) makes it all too easy for relatives, neighbours and community members to shirk their responsibility, however the Child Care and Protection Act (2004) states that anyone who has knowledge or who suspects and does not make a report, will be held accountable under the law.

The recent case of a minister of religion having intercourse with an underage child made national headlines but beyond the sensationalism of the situation, one has to come to grips with the fact that this is not new, neither is it an isolated incident.  I sought to shine the spotlight on this sometimes uncomfortable subject that too few are willing to have, because whispers, gossip, myths and mere speculation has not been keeping our children safe. We choose to examine just who are the perpetrators of these heinous crimes? Why is it so seemingly commonplace and what can be done to ensure that those who pray for our sins are not also preying on the most vulnerable members of our society.

Each year the local newspapers, especially The Star carry stories about the many individuals from different walks of life and socio-economic backgrounds who sexually abused our little girls and boys. These are often fodder for office or canteen lunch time conversation or the source of many off coloured jokes, but the reality is no laughing matter.  Jamaica is facing a serious epidemic of moral depravation which needs to be addressed to mitigate the devastation that this wreaks on the lives of too many who are unable to protect themselves.

The Office of the Children’s Registry (OCR) which will be celebrating its tenth anniversary this year may not feel that they have much to celebrate. Indeed their statistics gathered between 2007 and 2014 indicate that some 16,790 cases of sexual abuse were reported to their offices over that eight year period. Of that figures almost 90% were committed against girls. The figures are almost overwhelming but the reality is that many offenders are in professions where they have direct access to our children and so these children can no longer remain just a statistic or mere  faceless victims and their plight can no longer be ignored. In 2012 General Practitioner Sandra Knight spoke out publicly after treating a little boy who was raped by his mother’s pastor while she was at work; after a toddler died of internal injuries after an uncle decided to satisfy his carnal needs and a little girl was diagnosed not only with gonorrhoea and syphilis but also HIV by a family member. The stories are traumatic and gut wrenching with no end in sight.

What would cause a grown adult to do these unspeakable things to a child? Are they of unsound mind? The reality is not all of the offenders are men, as a small number are also women, many of them caregivers who people entrust with the care and safety of their offsprings. Another myth is that these things only happen in inner-city homes or among the poorer class. This is the furthest thing from the truth as statistics do not support this misconception. Whether the home is a one room shack or a posh residence, monsters are contained within the walls, often disguised as a loving relative or family friend.

These individuals are often the most unlikely of suspects as they usually do not raise a red flag to other adults in terms of their behaviour when they are around. These are your average garden variety god-fathers, uncles, step fathers, aunties, older cousins and grandpas that are unassuming and kind. They are not only pastors, but also teachers, policemen and even doctors who parents and caregivers expect to cherish their little ones. Instead they cheat them out of a normal, happy childhood.

They are hardly ever strangers so the notion of warning your children against ‘stranger danger’ while good now has to be taken a step further as you have to tell them that no one at all is to touch their private parts or touch they in a manner that makes them uncomfortable. Little children should not be forced to sit in people’s laps or to kiss adults if they do not want to and always pay attention to if a child’s mood or behaviour changes when certain individuals comes around. If they throw a tantrum for no reason, get instantly fearful or wet themselves, then you need to get to the bottom of it with some gentle coaxing because if your intuition tells you that something is wrong, it often is.

So the major question therefore is who or what is to blame? The answer to that is multi-tiered and there are several reasons for this plague. The easiest one to decipher is a breakdown in family values collectively plus a depletion of individual moral compass, especially in homes where there is a drug or alcohol problem or the child is being neglected. Many children are poorly supervised for long periods after school or passed around to various neighbours or relatives to babysit randomly. In other words, someone with an agenda can easily recognise that this child is not being sufficiently monitored or cared for.

Additionally, people with very low moral standards may view others simply as instruments or ‘toys’ and therefore use them accordingly with no consideration of their wellbeing or freedom of choice. Children therefore become objects to be owned or exploited. This is why some mothers give away their 12 year old daughters as if they were stray cats to grown men as they accept money, favours and even food in exchange for this small human being.