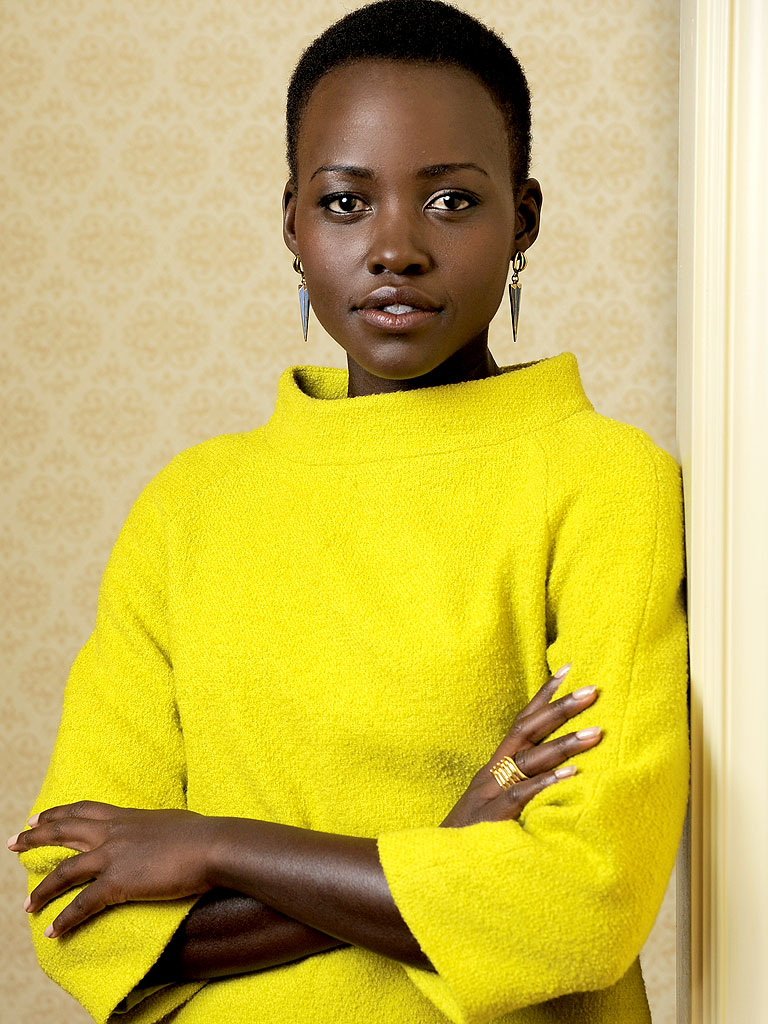 For me Lupita’s win at the Golden Globes and now the Oscars has so much significance. She became the toast of Hollywood and social media. Yes we have many black actresses doing great and holding their own but most had a particular hue. Not since Grace Jones has been  the world been so captivated by a real dark skin woman without picking her apart by saying her lips too big or her hair too kinky etc.

All my life I had to battle others as to why I was so dark and why for me it wasn’t a problem though it seemed to offend some around me. I used to get flak for going bald and rocking what Lupita now wears as men would tell me ‘you know, you not a bad looking girl…if you would only grow your hair and crème it. Me caa deal with the short hair.”

My own grandmother would have a fit anytime I came home from the barber as she felt “‘a woman’s hair is her crowning glory” so it fi long. She would always powder my face, especially my forehead to ‘tone up my colour’ so I didn’t seem so dark. I didn’t really complain because I love her and because she grew up as ‘the little black one’ that was abused and bullied by her own sisters all her life so I understood why she said the things she did. I understood but I didn’t subscribe to it, largely because my mother refused to let that generational curse take root.

She taught me that me skin was awesome. That many secretly wished they had more melanin in their skin; black don’t crack etc and that I should be proud of how perfectly I was made. When I saw my brothers and sisters on my fathers side who were all fair skinned and tall and ‘model-lesque’ I understood why she felt she had to prepare me for what society considered pretty because on the face of it, I sure wasn’t it.

Lupita embodies all that is good, rich and beautiful about black. Little dark skinned girls now don’t have to discard their black dolls in favour of Barbie or put up posters of bleachers and ‘weaverellas’ like Rhianna, Beyonce, Nikki Minaj and Lil Kim. They can see that good things happen if you don’t try to change or fit in. You can remain as God made you and not only prosper but be happy in your skin.