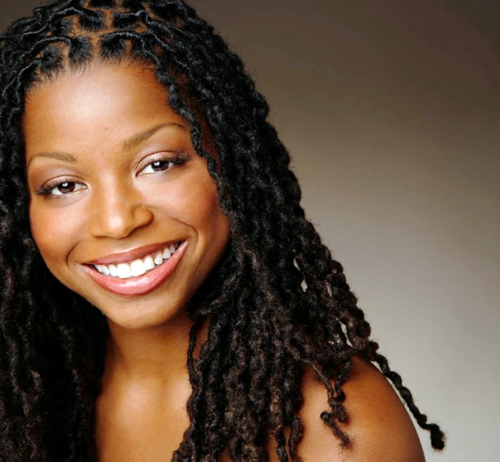 Now for years people have been asking me what am I, to which I usually give them the very dry answer: a woman. But they ask the question in regards to what they perceive me to be as in a ‘rasta’ woman or an individual who has embraced the rastafari faith. Well I haven’t.

Don’t get me wrong. There are many principles and tenets about the Rastafari faith that I can identify with and cotton on to like love, peace, embracing your blackness, revelling in African pride and knowing your history. However other parts are not for me such as being ‘fruitful and multiply’ part, not eating with salt and especially not touching the Arnold.

Now I consider myself (for the most part!) a law abiding citizen of this land and being one there are many rules that you have to follow to conform to societal norms. Now having done all of this when it comes to my personal preferences, I abhor limits. I don’t do well with them. Never did. In school the teachers would always write on my report card “she is a good student but has a problem with power and authority.” Actually I didn’t, I just liked to question stuff that didn’t seem to make any sense and back then children were not encouraged to ask too many questions. They thought it was rude while I think asking questions means you have an enquiring mind which is why that was never a problem with me raising my own child growing up.

Anyways since I don’t like limitations, I don’t wanna be practising any faith that will limit or restrict me, which is why I’m not a Christian. I think I can live a good and upstanding life without all those restrictions that religion brings to the table. Now having not studied Rastafari, I base my assumption on what I see and hear and I hear their diet don’t conform to mine. I like protein. I get jiggy with my meat and while I don’t eat a lot of it anymore (as I currently live with a vegetarian) I do like a good meal and ham is a favourite of mine.

Let me just say if someone was selling the t-shirt: ‘I love ham’ I would buy it. In fact I once owned a t-shirt with the words: jerk pork on it and had two nice fat pigs doing the ‘horizontal hockey’ on it. It was hilarious if a bit risqué.

Anyways back to what I was saying. I cannot conform to the rules of rastafari so I’m not of the faith. I admire it but it’s simply not for me. Where people seem to get confused is that my hair is locked. So? Lots of women and men wear locks for different reasons. I turned to locks ten years ago simply as a way of grooming my hair without using chemicals in my head. I had had enough of harsh chemicals which we have been using since adolescence. Most young women of my generation could not wait to be come teenager to get their hair ‘creamed’ as we thought it was beautifully and was almost like a rite of passage into puberty.

As a pre-teen my granny used to press my hair. ‘Pressing’ simply means using a hot comb and running it through the hair to straighten it out.  The effect can last up to a week depending on the texture of your hair and I remember graduating from primary school with my hair nicely pressed and styled. Boy did I feel like a grown up. Usually my granny had a steady hand which is exactly what you need to press hair as one wrong move and you are burnt and that burn nuh nice at all. It hot u fenneh! Once when she was distracted and talking to my older brother, she burnt my arm with the pressing comb. I saw stars. It was excruciating and to make matters worse, the woman put Vaseline on it. Now today I know that that was the worst thing she could have done as ice or a cold pack would be the right choice but back then you just bear the pain for as they say beauty knows nothing about pain it seems. Just know I still have that mark on my arm to this day.

I can remember the first day of high school when I stepped up looking fly by my 12 year old standards with my pressed do and headed off to St. Catherine High. We were all assembled in the middle of the school and they would call out the names for each class. As there were 16 first form classes this was understandably a very long process. I thought I heard my name for the fifth class but as I know my last name wasn’t ‘Cunnington’ I didn’t move. It never occurred to me that it was a spelling error so I waited out the entire morning in the hot sun for them to sort out the name mistake.

Now if you know anything about pressed hair, it doesn’t like sun and it certainly doesn’t like ‘head sweat’. Unbeknown to me, standing in the sun meant that my hairdo was going to ka-ka. By the time they finally sorted out my class room which was 7-5 and I entered, the entire class erupted in laughter and I realised it was at my expense but I couldn’t figure out why. Yes I know I was usually the clown but I hadn’t even met anyone or started giving any jokes yet. Damn, what could be so funny? Well my hair was no longer pressed, it was a hot mess and then some, a bonafide afro and I was the only one who didn’t know this so it was embarrassing to say the least.

By the time I was 13 my mother consented to me get my hair creamed and I thought I was becoming a woman now. Cream then had lye in it and the longer it stays in your hair the straighter your hair got but the flip side is the longer it stays on your scalp, the more it burnt it and it was a painful process that we women subjected ourselves too. I would sitting that chair and tears would be running down my cheek and I would be panting as if I was in a lamaze class but I wouldn’t dare  ask for it to be washed out until I felt it was straight enough. Boy ignorance is a hell of a thing!

As I grew older I realised that cream hair was not all that it cracked up to be so I started cutting my hair to my grandmother’s horror as she believe in long hair but I like to experiment and got bored with just the same basic styles. Soon I was cutting it all off and going bald as not only was it liberating but it was so low maintenance and that appealed to me immensely. I can easily say I must be the only woman who would to the salon and if it was closed would not go home but instead find myself in a barbers chair shaving it all. I wasn’t a slave to long hair. Yes I braided my hair a couple of times but usually I didn’t want no horse mane on my head. I wasn’t a part of  if-you-cant-grow- it-you-sow- it’ nation at all. I certainly am not going to be buying no Peruvian or Brazilian or Chinese hair put pon my head. Hell no! God bless who like it but it’s not for me.

I like locks. It’s easy to handle, easy to maintain and easy to style any which way you want. Whether up or in a bun or down up in some elaborate fashion you can do practically any style with them that you can do with ‘regular’ hair and it actually can look neater too. My only issue is that during summer, the heat on the back of my neck is a doosie but I can live with it as I simply pin it up.

Now because I wear locks apparently that means I knit tams and sell brooms and almost very security guard seem to have a problem with me, until I open my mouth and shut them down. I don’t take crap from people, worse ignorant people whose IQ seem less than that of my German shepherd! I’m not saying all of them are dumb but most seem to have a ‘key man’ mentality as Blacka Ellis said in his famous poem.

In the end this is a free country and with the weave industry being a billion dollar one in Jamaica I may very well get into it. The selling of it that is. While I wont wear it, why Missa Chin alone must turn millionaire off Jamaicans?! No sah, me waa cash in too. After all.