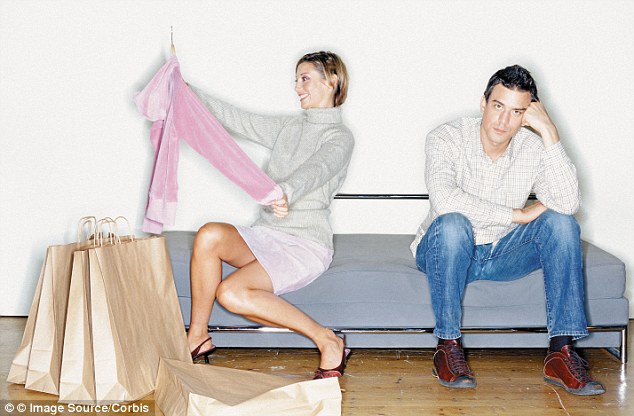 Though I write from my own, very female perspective, I am not out of touch with men and their reality as I honestly believe I was a man in my former life (if such things exists) plus I’m always surrounded by male company and ‘parring’ with guys as usually they don’t have an agenda.

I therefore think that I am just as qualified as anyone to speak to what men don’t like about some women but may not say out loud as they wanna keep the piece and not rock the boat. We all know that most men are not big talkers and some of us women really don’t give them a chance as we talk a mile a minute though at times we ain’t actually saying much. In time a smart man will know just when to nod and smile and say “yes dear”.

Well I’m debunking the mysteries of the male mind a little and enlightening some female darkness as to what some men really think about us.  Brace yourselves ladies it’s gonna be a bumpy ride!

Nagging! That’s self explanatory. Nobody wanna hear you harping like a banshee about the same old same old day in and day out. If you say it twice and he ain’t responding, trust me, saying it ten times will simply cause him to tune you out more.

Too much make-up! Yeah they wanna show you off to their friends and want you looking good but the Berger paint look for lasting beauty and protection went out with the 80s! It’s make-up not roofing compound girls! Get it right. Sometimes less is more. To go eat or go to the movies why do you need 10 pounds of base and eyelashes that look like you can use them sweep half the streets of Kingston. Come one man.

Excessive lateness. Every man complains about this. You agree to meet or be ready at a certain time and an hour later you don’t show and when you do you don’t have a good reason except you were getting pretty or you give some lame excuse about ‘you cant rush beauty’. It gets old pretty fast and is a major turn off to guys.

Tacky weave. Ladies if you gonna wear it, get it done right. Most men have come to accept the weave and hair pieces we wear but if the track is showing, the threads are loose, if the breeze blow and it’s ‘gone with the wind’ and worse when you don’t allow them to touch your head not even during sex, they don’t like it one bit!

Asking them to go shopping with you. Except for the uber metro sexual male or a gay guy with incredible fashion sense, most men think shopping is a chore and something to get done, not to be savoured. They definitely don’t wan to go shopping with you and getting dragged to twenty different stores to find the perfect shade of blue in a shoe and then hunt again for the matching handbag in another 5 stores. Shopping or as we love to call it ‘retail therapy’ is fun and exciting for us, not so much for them so ladies. If he hesitates when you ask, leave him alone.

Asking too much questions during a sports game. It is an unpardonable sin for most men to be talking or asking (in their opinion)silly questions during a football, cricket, track and field or basically any sporting event, whether they are there in person or watching it on the TV. Ask them questions before or after but most men want you to either sit quietly and watch , go in the next room or even better fix them something to eat while the game is on.

Asking them if you look fat! A recipe for disaster. Never ask you man about your looks or your weight. leave that bit for your doctor and your girlfriends as they know how to phrase things without sounding insensitive.

Asking them if they like your outfit or hairdo. Now do you want them to lie or be honest? Never ask your man these question unless you are prepared to handle the truth from their perspective. If he like your ‘do’ or your outfit, he will tell you unsolicited, that is when you know you get the whole truth and nothing but the truth.

Discussing all your relationship problems with your best friend. Ladies we need to stop this as one surefired way to cause strain in your relationship is telling your opinionated best friend everything you perceive that he is doing wrong. Nobody wants to be judged and he certainly doesn’t need a third party voicing her opinion about something she has no business in. It’s fine to vent a little but keep the relationship between two people, not three!

Coming to bed in old underwear. Are you trying to get him to lose interest or what? Why is it that when we first start a relationship, it sexy clothes and lingerie and when we get the guy, we stop making an effort to entice him. Ladies the same things you did to get him you have to continue to do to keep him or ants ago tek up you milk! Ahoe!

Using his facial razor to shave your pubes! Yes I said it. Go get your own razor and stop dull up de man tings!

Sending them to buy feminine products. Ladies some can hardly acknowledge that we have periods without getting completely grossed out so asking them to go purchase sanitary napkins wrappers,  feminine wash, hair removal creams, panty liners etc all over is a big no-no for some men. Remember some are little better than cave men and would never think to go into a store, pharmacy or supermarket and buy any of these without having a coronary!

Comparing him to your past relationships. I swear sometimes our mouths are the biggest weapons of mass destruction in our relationship. No man wants to hear how his predecessor was rich; took you to all the hot, posh places or how skilled he was in bed! Seriously. Keep that stuff in your diary

Always trying to ‘change’ them. Ladies that is a lesson is futility. When it comes to men you either accept them the way they are or go get another man that is more suitable for you. Trying to constantly change their behaviour won’t work and they will get to resenting you.