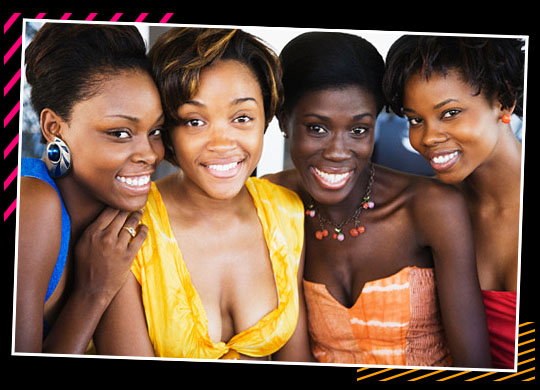 It seems we are always talking about colour and the issue of light versus dark skinned people and who has it easier or better; are more accepted, more talented, more athletic, more gifted etc. Well now we are looking at what is your preference in a partner.

There is a general consensus that dark skinned brothers go for lighter women, the lighter the better they say and dark women are said to follow suit but that’s not true in every case be-cause me for example, I’m dark and I like me a dark skinned dude. Darker the cherry, the sweeter the kiss from his juicy honeyed lips. Yep I said it and I’m salivating here (lol). But seriously I do like a dark-skinned brother. Gimme a dark chocolate guy with even white teeth and I’m in romantic heaven.
That is not to say I discriminate because I’m an equal opportunity lover if it came down to it as I like white guys (gimme David Beckham and we can call it even) and I’m down for the ‘swirl’ and Jet Li is fine and fit as hell so I’m all about the Asian persuasion if truth be told. But there is just something about a chocolate brother that makes me tingle all over. Yep, I guess I like my men like how I like my coffee, strong, dark with a little flavour and kick in it!
Now that is not to say I’m gonna go take a dark guy if he’s a jerk or bypass a really nice guy who could be my soul mate because he is of a lighter hue. I’m not that stupid! Hello! I have dated light and dark and in the end, colour ain’t got noting to do with it unless you yourself make it an issue and I sure didn’t. My crazy girlfriends on the other hand are a whole different kettle of fish. 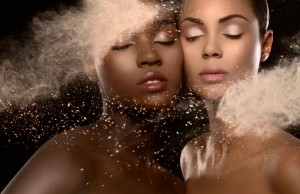 Janet is fair. I mean fair skinned to the point that some confuse her for being white but she will correct you if you rude enough to call her ‘whitey. She only dates dark skinned men. If you ask her she has never dated or being attracted to a man even remotely near her colour. “No sah. Me pale and him pale, can you imagine dem two pale bodies a rub together? Not pretty, we must tun pink too ra$$! And what happened if me fi have children. A dundus you waa saddle me wid? No thanks. Gimme a nice caramel fellow and me good. When I see his complexion laying against mine, it turns me on. A man with my complexion nuh do nutten fi me.
As she mentioned sweets like chocolate and caramel, it reminds me of how black people seem to come in so many shades it is mind boggling. White people are white but no matter your complexion you are considered black because of the ‘one drop’ rule made popular in the United States but even with the black race there are so many shades and hues. Some of us are coffee coloured, some honey, some caramel, some taffy, some milky but we all strong and sweet especially us coffee coloured girls.
Syreeta is my friend from high school and she is what you would call a honey coloured honey, neither dark nor light. She too like a dark skinned brother as she said her granny was Jewish and a mean spirited woman who didn’t have anything good to say about black people and resented her as her father broke tradition and married a black woman hence granny blames them all for ‘diluting’ their colour, race and heritage. I think Syreeta went over to the ‘dark side’ just to spite the older ones in her family but who am I to judge.
I have also heard black women say that white men treat them far better than their back brother do. Many swear that white guys treat them like queens and appreciate them while black guys call them all types of ‘hoes’ and ‘bitches’ and cheat on them constantly. Although I have dated white and it was a good relationship, I cant say that I was treated any better by a white guy or that black men are worse so I don’t know how credible that statement is or if it is just generalization. 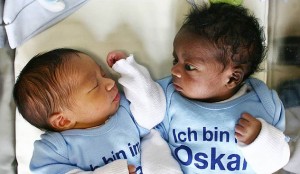 Troy is jet black and fine as hell but if you ain’t milky like Nicole Kidman don’t be looking in his direction as he only like the snow bunnies baby I can’t understand it. So I asked him what up , I know you like the swirl but you never date a black woman though you yourself went through school being called ‘5 past midnight’. He said it is for that same reason why he dates outside his race or as close to white as possible as he said, black girls jeered and ridiculed him and would have nothing to do with him when he was broke. The only girls who smiled at him and treated him decently were the white chicks so when he became an actuary he bypassed all the sisters and went for a white chick.
Kinda sound like he borrowed bits of Dennis Rodman’s story but again who am I to judge, every body has their issues. I know I have mine but when it comes to dating and relation-ships, I don’t have a colour hang up. As long a man treat me good and respects me I don’t care what colour or race he happens to be. Love is blind and so is Nikki.