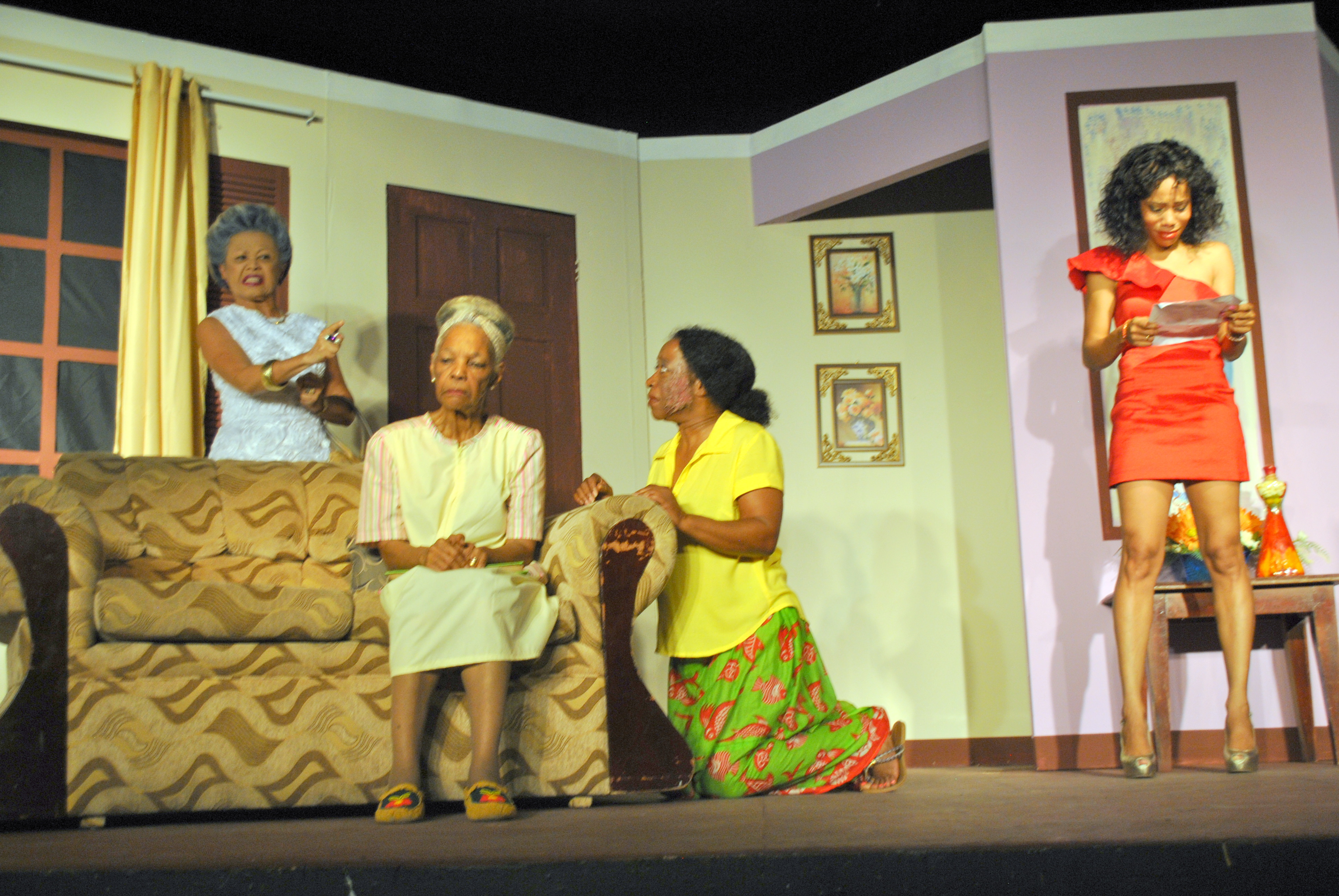 The sacrifices mothers are called to make often go unrecognised but what happens when it comes at a very high cost? Playwright David Tulloch has once again taken on a family drama in his latest production ‘For My Daughter’ now playing at New Kingston’s Pantry Playhouse and this one is rife with juicy secrets, skeletons and superb acting all around.
Just in time for Mothers’ Day, ‘For My Daughter’ saw the much anticipated return to the grand dame of local theatre Ms. Leonie Forbes who incidentally turns in a spectacular performance as only she could. Ms. Forbes was flawless and her character portrayal believable as well as balanced and theatre goers were delighted to see her back where she belongs on a stage, giving of her best. 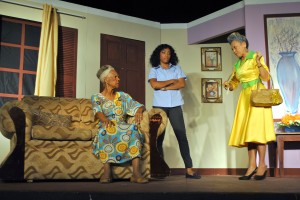 The story surrounds the Parkins family who are living pay cheque to pay cheque. Molly Parkins (Leonie Forbes) the matriarch of the family is a retired pharmacist who lives with her daughter Janet (Rosie Murray) and her granddaughter Melissa (Rushae Watson) who is in school studying pharmaceuticals. The relationship between Melissa and her mother is acrimonious at best as neither understand the other but soon Melissa falls for her first real love, a young medical doctor Keith Richards (Akeem Mignott) who shows her what it like to open her heart as well as her mind. 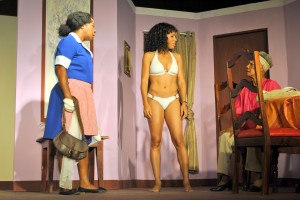 Things come to a head when their land lady Vera Lue-Chen (Terri Salmon) shares her plans to close her business and sell off some of her assets including the very home they reside in. Sick of ancillary work, Janet makes a bold career decision but not without letting a few long held secrets out of the bag.
The casting is tight with great performances all around. Ms. Forbes is superb, Akeem is believable and Rosie Murray is on top of her game. The break out star however is Terri Salmon as her portrayal of this uppity old world Chinese woman is simply priceless. Theatre goers looked forward to Salmon’s every entrance on stage as it was dramatic and her antics with her fan, the brushing of off the sofa and her seemingly emotional detachment from others is spot on and simply awesome acting. We can definitely see an Actor Boy nomination in the future.

‘For My Daughter’ is a great family drama but the sole glaring misstep is not adequately addressing why the doctor was a beggar in the opening. Overall a great production that should enjoy a lengthy run.