Listen I am neither stupid or self centred enough to believe this is purely a female problem but as one I have to firstly speak from my own point of view. In my mind there are few things as emotionally devastating as loving someone who doesn’t love you back.

Now I have always considered myself a strong minded female as I don’t need a man. A man is not an accessory, he should be a life partner or a companion not someone you have simply because you are getting older; your biological clock is ticking or all of your friends are married and you don’t want to be the only single one left. No, that’s not good enough. Learn to first be ok with you before you can be ok with someone else.

Having said that I have never ever had a problem lascoing the men I want and usually I don’t have to work at it. They come to me. I must admit that when I was 20, I saw a guy who I thought was perfect and because I was leaving my job and had a limited amount of time and this was before cell phone days, I had to make a move so I actively pursued him as I thought he was worth it and yes I got him. Sigh. Well, there is a reason why they say be careful what you wish for!

Anyways back to my unrequited love story. I have experienced my own version of it once so I can tell you firsthand that it nuh pretty. You all may say it wasn’t really unrequited as the person was into me but decided to take the easy route but to me it spelt rejection and that is totally foreign to me and therefore signalled that he never truly loved me. Anyways this is my story.

I was in my mid 20s when I met Shaune. He was good looking but on the quiet side which should have been a red flag for me as normally I run as fast as I can from quiet men as I don’t trust them. ‘Silent river run deep’ me granny always say and quiet men are sneaky as hell. They are not being cool, calm or collected; they are plotting ways to get what they want from you and a bunch of other females. Do you know how many quiet male friends I have who are the biggest ‘gallis’ around town? Some with more baby mothers that they can count on both hands and their ten toes! But I digress.

Shaune and I had an instant connection, what you may call chemistry and we hit it off very well. Most people may term him a nerd but that didn’t bother me one bit as I have long been attracted to smart men. Dumb, uneducated guys don’t do it for me. I long recognised that I am fascinated with men who are a little bit out there. Different and unique. So a book worm is right up my alley as I love to read myself so I need someone to stimulate me mentally.
However I found out in short order that while he seemed unattached, there was someone he was talking to in another country. At the time I couldn’t have cared less. Out of sight out of mind. It didn’t affect me as I rarely think long distance relationships work and she was someone who he saw maybe once a year so she was really of no consequence to me. 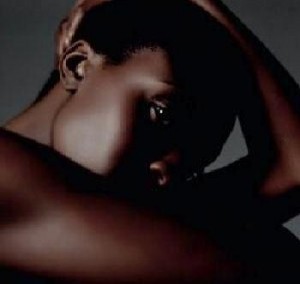 We became inseparable and I was falling hard. But me being me I of course tried not to show it and wasn’t about to say it just so. Hey, a girl has to protect herself right? But if he was paying attention he would know. I tell guys all the time that you know if someone truly cares or is in love with you not by the words they say but by their actions. A guy can always say he loves you but then spends no time with you and doesn’t takes your calls, remembers your birthday or if you’re sick never comes to visit you. What kinda love is that? When you love someone you take the time to show them how you feel and you remember what they like to eat, the movies they like, their favourite flowers, colours, songs etc. Nuh true?

He too kinda played his cards close to his chest so there was always that kinda mystery about him that I instantly found intriguing and the more I learnt the more I wanted to learn which was unusual for me as usually after a while, dating became a chore for me when bad habits start surfacing and I usually want to see them less and less but in this instance it was the total opposite. I woke up thinking about him and went to bed thinking about him and no I didn’t like it one bit but that was the way it was. It was then that I realised that I had fallen hard….and I couldn’t get up.
I tried to find out hard I had landed as we were still going and while sometimes he got on my nerves I guess with my temper, being with me was no cake walk either. But here was this guy who was chill, mellow and wasn’t a user. He is educated, articulate, decent looking and I was smitten as hell.

Well the euphoria did not last. He, in his bid to be completely honest in all his actions, told his long distance flame about us and she went bat shit crazy. She wanted to know his every move and he had to account for every hour of the day when he wasn’t home or at work etc. At first I took it in strides but as I was not used to being ‘the other woman’ after a while it grated on my nerve. We started arguing about how he was letting this woman control his life and how I wouldn’t stand for it much longer. The long and short of it was I felt I was the one seeing him every day so he owed me a greater loyalty than this crazy psycho woman who was off in another county doing God only know what.

In the end I told him to choose. I guess she also ripped him a new one as he said she told him to stop speaking to me or they would be over. I realised that he was torn but I really couldn’t fathom why as I was here right in front of him, a living breathing ‘hot tomale’ versus some washed up shrew who was crazy as hell. The long and short of it was he felt he owed her his loyalty so love didn’t matter in the long run. When I realised what was going on, I just cut. I guess my pride and ego made me just wanna cut before I was discarded and trust me discarded was what I felt like.
I was devastated.

I didn’t eat very well and when I’m depressed, I tend to oversleep and just watch TV a lot, doesn’t even matter what was on. I could still function but I tend to do so on auto-pilot. Work was a god send as it kept my mind occupied. But when night time rolled around I was tormented by my thoughts. It was like I couldn’t shit off my brain no matter what I did and all I did was cry and think about him. It hurt worse than back ache, root canal, labour pain and gas all rolled into one. I tell people everyday I can bear psychical pain, but emotional pain is not my forte. I think I expended all my tears during this period as I would just lay in bed and cry. Looking back how pathetic is that. Crying over some ass who didn’t lose a night sleep over me.

Some may say I got what was coming to me as I knew he had someone else overseas. Maybe they are right. I guess karma is a toothless menstruating witch who slapped me hard upside my head on that occasion!

In time it eased. I think I channel my emotion into hobbies and I tried to turn love into hate and outrage. I would say things like ‘how dare he chose that heifer over me! He is so stupid and it’s for the best as I don’t want a man that stupid to not realise what he had and threw it all away for a dream’. No fi real. I know I’m a good woman and a great catch and if you really chose someone else over me, then you really didn’t love me as far as I am concerned. I had to coach myself through it and come out on the other side.

I guess it took me a year to finally go for weeks without thinking about him and missing him. Last I heard he was living overseas. Good riddance.