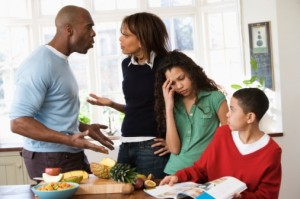 Though they say life begins at 40, death dances round the clock and is no respecter of ages so young and old, rich and pauperised, PNP and JLP, Norbrook and Norman Gardens all feel the grim reaper’s cold fingers daily so I have funerals to attend on a regular basis.

Well recently I was at one for a good friend of mine whose mother had passed and all the family, children and grandchildren were there weeping, wailing and carrying on during the singing and especially during the homily delivered by the fire brand minister who went to great lengths to speak about the fiery pit there waiting for those who do not repent of their wicked ways.

His ‘turn-or-you-will-burn’ speech was well received by all and sundry but what absolutely amazed me was how some of the family members were almost putting on a performance for the cameras and the people gathered, so much so that it raised my eyebrows since I knew the real story behind the scenes where they were not very nice, kind and loving to the old lady when she was alive. Only one child really rallied to her side and looked after her yet still the others were caterwauling loudly, possibly pricked by their collective conscience, who knows.

Watching families feud is only enjoyable when that is done on the Game Show Network with Steve Harvey. Anything else is like nails on a chalk board: excruciating and painful to withstand. I knew that the children were almost at war with each other before she died and now with her death, many will pick sides and declared world War III as the fight over her legacy and especially over her house is about to begin.

Many who had not made it in life successfully as functioning adults had crawled back to the fold and squatted under her roof without a care in the world or a thought as to how the bills were being paid as their contribution just as their conscience was in the negative. They lived, slept, ate and partied with no regards as to what it took to keep the water running, the roof intact and the yard cut and at times it was almost as if they maliced her in her own home, for though she had suffered a stroke a few years prior, they passed her by in her room without stopping to checking in on her welfare, much less lend a hand in feeding or caring for her. These with the fruits of her womb.

It could not have been an easy situation for her to live in day in, day out as not only children but grand children were there having not a care in the world or a thought as to her wellbeing. No one read the Bible to her, combed her hair, cleaned her room etc. yet still they lived and lodged as if they were guests in a hotel. To say that they were cold and callous with be an understatement

So you can just imagine my surprise at the dramatics and display at the church when the one who was always there was almost shunned and everybody else put on a spectacle as if in generating public sympathy they can assuaged their own conscience. Maybe they were afraid that she would get up and slap them silly and so cried loudly to throw off her duppy and dissuade it from stalking them.

I really have no answer as to why children would treat their mother so poorly. Afterall you only get one mother and many for whatever reason lost theirs and would give their right hand to have them back in their lives, if only for a day or an hour.

Many times we do not appreciate what we have until it is too late. I hope the real reason for that display was that they actually felt bad and were sorry for all that they had put her through. Only time will time and only God can judge the cleanliness of someone’s heart. I leave them to their own conscience. Selah!