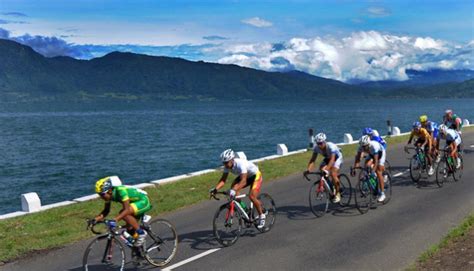 Aside from culture, there is no force as strong in unifying Jamaicans as sports. We found out just how much so when our national football team, the Reggae Boyz, qualified from the 1998 World Cup and the entire nation was overcome with emotions, especially as the next day was declared a public holiday.

Yes sports are a part of our psyche and many beloved activities such as dominoes have become national pass times while football, cricket and of course track and field rule in terms of crowd support and popularity. Sports played in Jamaica are as dynamic as they are diverse and many of our youth have been able to parlay their athleticism into an opportunity for a sustained income and/or continued education. Historically, we participate in most of the sports of the Commonwealth and the Americas. Whether it is to stay fit and active, to relax, frolic or for a friendly wager, we are always down for a good sporting event and now the world is recognising this and coming to our shores for some of the same.

Sports tourism is one of the fastest growing phenomenons worldwide currently and is showing no signs of slowly down. Now a full fledged niche market that can generate millions, it works on the premise that wherever sports is played, fans will follow.

Sports attract support which means that there are both the social and economical benefits to a nation that cashes in on hosting popular sporting events. With these events, especially if it attracts international attention and participation, you take into account a list of variable including the visiting sportsmen and women and their support teams which may include sport doctor, nutritionist, team psychologist, masseurs, sports agent, public relations, the fans and the whole nine yards.

Additionally, not only are there the direct benefits of the money spent by those participating but there are the indirect benefits of increased employment in providing hotel accommodations and amenities, ground transportation, tour guides, new and improved infrastructure and the general growth and development that transpires as a result of such events.

Yes Jamaica is indeed blessed to be a preferred destination not only for our sand, scenery, scrumptious cuisine and hypnotic sounds but alas, also for our sports.